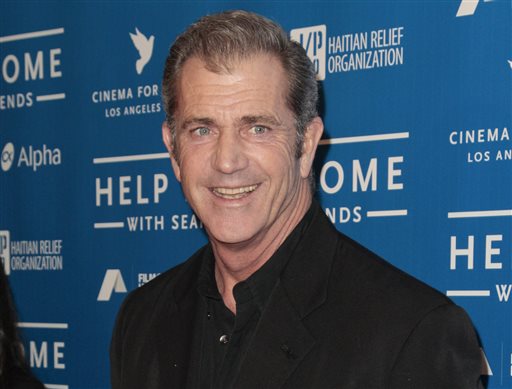 FILE - In this Jan. 14, 2012 file photo, Mel Gibson arrives at the Cinema for Peace benefit for the J/P Haitian Relief Organization in Beverly Hills, Calif. Police said Thursday, Sept. 3, 2015 in a statement they do not intent to charge Oscar-winning director Gibson over an allegation that he shoved and abused a newspaper photographer who snapped pictures of him and his new girlfriend in Sydney last month. The Daily Telegraph staff photographer Kristi Miller complained to police about the Aug. 23 altercation with Gibson after he and girlfriend Rosalind Ross were photographed leaving a movie in inner-suburban Paddington. (AP Photo/Jason Redmond, File)

SYDNEY (AP) — Police do not intend to charge Mel Gibson over an allegation that the Oscar-winning director shoved and abused a newspaper photographer who snapped pictures of him and his new girlfriend in Sydney last month, officials said Thursday.

The Daily Telegraph staff photographer Kristi Miller complained to police about the Aug. 23 altercation with Gibson, 59, after he and Rosalind Ross, 24, were photographed leaving an Israeli Film Festival screening of “Matti Caspi – Confession” at the Palace Verona Cinemas in inner-suburban Paddington.

State police said in a statement that “the matter was … investigated thoroughly.”

“At this stage, based on the evidence gathered, no formal action will be taken,” New South Wales Police said.

Gibson’s Sydney lawyer, Christopher Murphy, was informed on Thursday of the police decision not to press charges, his publicist Rogers and Cowan said.

“Mel Gibson has totally denied from the onset these disgraceful allegations,” Rogers and Cowan said in a statement.

“He is now satisfied that the police, after speaking to witnesses and reviewing CCTV footage and other evidence, have found there is no substance to the claim,” it added.

Miller told The Daily Telegraph that she had turned away from Gibson after taking his photo and he then shoved her in the back. She said he abused her until Ross intervened by grabbing his shoulder.

“I thought he was going to punch me in the face,” Miller told the Sydney-based newspaper a day after the incident.

Gibson, who has a history of angry tirades, is in Sydney to direct a World War II drama, “Hacksaw Ridge,” starring Andrew Garfield and Vince Vaughn.

He won the best-director Oscar for 1995’s “Braveheart” and has starred in the “Lethal Weapon” series and recently “The Expendables” franchise.

Copyright 2015 The Associated Press. All rights reserved. This material may not be published, broadcast, rewritten or redistributed.
Summary