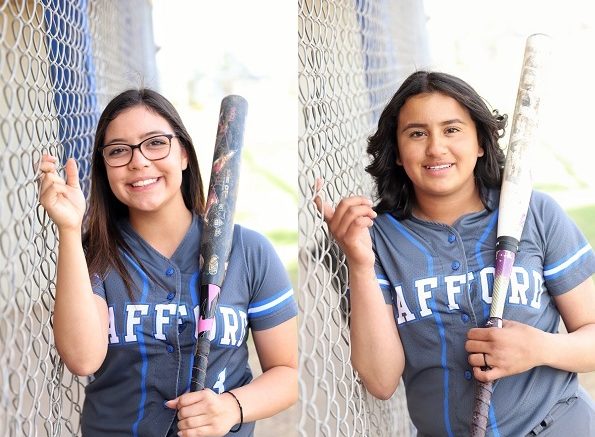 Safford High School softball athletes Izabelle Quintero (Class of 2022) and Justine Rios (Class of 2022) have been recognized by EXOS as one of the top tier softball players in the west region of AZ, NV, NM, and UT. Izabelle and Justine will be 2 of 50 athletes at the EXOS Select 50 instructional showcase on Saturday, July 27th in Phoenix, AZ.

Both college prospects, Izabelle and Justine were selected by EXOS for their varsity accomplishments with Safford HS.

Congratulations to Coach Ornelas and their staff on the EXOS Select 50 recognition of shortstop Izabelle Quintero and Justine Rios(Class of 2022).