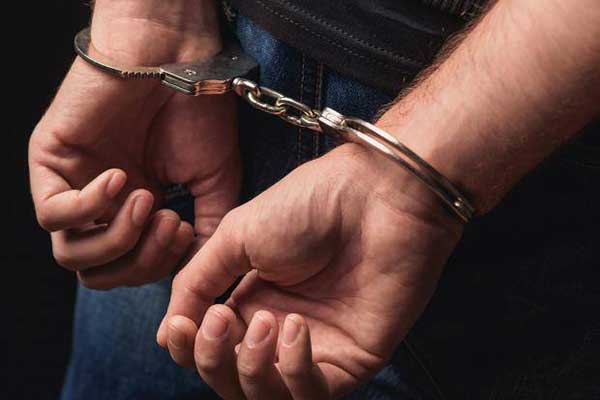 SAFFORD – On Monday, March 5th, Safford police officers were called to South 8th Avenue in reference to a possible kidnapping. When the reporting party was asked to tell what happened, she stated that she was in her bedroom laying on her bed but was not asleep. She said her bedroom window faces the road and that she heard through the window what she believed to be people fighting outside of her house. The woman looked outside and saw a white sedan parked on the street in front of her house with the trunk open. She saw two men physically fighting by the vehicle and a female was trying to get between them trying to get them to stop fighting. The witness told the officer that one of the men was wearing a black hoodie and the other was wearing a gray sweatshirt. The female was described as being small. The witness said she ran to her front door and yelled at the men to stop fighting and that she was going to call the police. The man in the black hoodie was knocked down, but got up and fled the scene. The man in the gray sweatshirt allegedly struck the female and threw her in the trunk and drove off.  The witness thought the fight was between the people who lived at her neighbor’s house.

In front of the witness’ house on the sidewalk, the officer saw a pile of clothes, miscellaneous items and a fixed blade knife. More clothes and a cell phone cover were found strung out in the middle of 8th Avenue. Muddy tire tracks were seen going off the road to where a dumpster was knocked over on the ground with an impact mark.

While some officers patrolled the area attempting to locate the alleged kidnapping vehicle, other officers arrived at a residence where a small female and a man identified as Manuel Compos, who matched the description of the male in the black hoodie where sitting in a half-pickup parked in front of the home. Compos’ right hand was hidden between his legs, so the officer asked him to keep his hands where they could be seen.  According to the report, he did not comply, so a second officer was asked to remove him from the vehicle where he was then handcuffed and also frisked for any weapons.  When the officer had opened the door, Compos was seen throwing a baggie across the backseat onto the floorboard which contained a leafy substance believed to be marijuana. Compos was asked if he had a medical marijuana card, and he stated that he wanted to plead the 5th.

Officers asked the woman if she was with the two men and woman earlier that they suspected might have been kidnapped. The woman said she was not there but knew the woman the reporting party told police might have been kidnapped. She said the woman drives a white car like the one the reporting party had described to police. Officers asked the woman to call the alleged kidnapping victim, which she did. The alleged kidnapping victim assured police that everything was fine. She said that the two men she was with had been fighting and after the fight, she had jumped in the trunk because she didn’t want to get left behind.