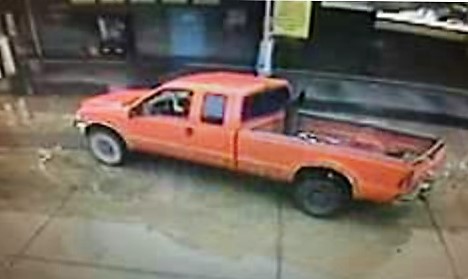 Contributed Photo/Courtesy SPD: Authorities are asking the public’s help with identifying the owner of this orange truck. The vehicle was involved in a hit-and-run collision at the Shining Times Car Wash on Sept. 7.

SAFFORD – Authorities are on the lookout for an orange truck with an exhaust pipe in its bed and are asking the public’s assistance in identifying the owner.

The driver is wanted for questioning regarding a hit-and-run that resulted in criminal damage to the Shining Times Car Wash at 1441 W. Thatcher Blvd. The incident occurred Sept. 7 around 4 p.m. during the daylong rain. 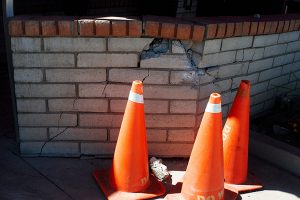 Surveillance footage from the car wash shows a trio of trucks driving through the car wash bays and skidding on the wet concrete. After a close call, a fourth, orange truck shows up, fails to make the turn and collides with a brick wall in front of a group of vending machines. The driver then makes another loop before stopping at the scene to examine the damage to the truck. He then gets back in and leaves the scene.

While some may consider the case just to be a youthful discretion of boys being boys squealing tires on the wet concrete, the police and owner of the car wash are taking it very seriously.

“They’ve been showing pictures on social media and laughing about it but to me this is serious,” owner Mary Johnson said. “If this doesn’t get stopped, somebody is going to get hurt. That’s my main concern.”

Authorities encourage anyone with information about the owner of the suspect truck to call the Safford Police Department at 431-4100. Those with information can also anonymously text the name of the driver to the Graham County Sheriff’s Office tip line by texting grahamtip to 50911 and writing a message. A dispatcher will review the tip information and pass it along to the appropriate agency.

“I know the kids know who it is but nobody is going to tattle on them,” Johnson said. “They say, ‘Snitches get stiches,’ so nobody’s opening their mouths.” 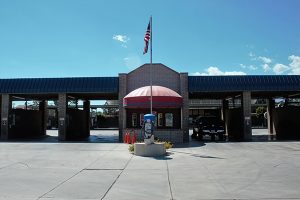