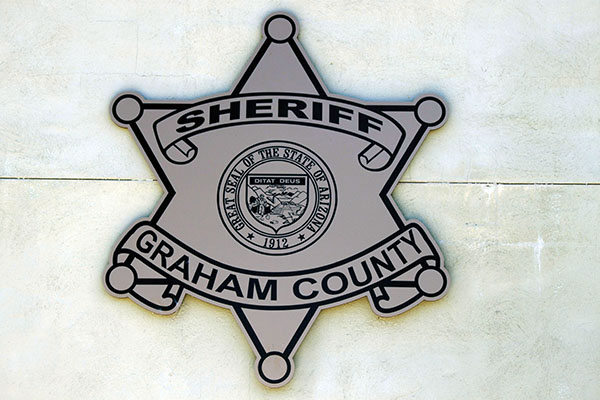 GRAHAM COUNTY – It wasn’t Looney Tunes and Elmer Fudd, but a Graham County man shooting at rabbits was on par with the fictional character.

Residents on S. Thunderbird Lane frantically called police late in the evening Aug. 7 when it appeared someone was shooting at their home.

Multiple deputies were dispatched to the area at about 11 p.m. regarding the incident and one deputy performed a high-risk traffic stop on a vehicle that ended up not being connected to the incident.

Upon arrival in the area, the respondents said a truck was driving around slowly on a hill to the south of their residence and appeared to shoot at them roughly 15-20 times with what sounded like a .22 rifle.

A deputy inspected the residence and multiple vehicles but did not see any damage from gunshots.

While deputies were out looking for the truck, the respondents called and said the same truck was now parked in front of a neighbor’s residence.

Deputies responded to the residence and located a man sitting on a porch swing talking on his cell phone. The man was ordered at gunpoint to surrender, which he did without incident.

The man said he had been shooting rabbits for his grandmother who lives at the house. He said she wanted the rabbits gone because they were bringing fleas onto the property.

The man reported having killed two rabbits and had shot at a snake earlier in the day, and later admitted to shooting from his truck roughly 15 minutes prior to police arrival as he drove through a field north of his grandmother’s residence. The field separates the two residences.

A .22 rifle was located in a truck with one live round and multiple spent shell casings. The rifle, ammunition, and casings were secured as evidence.

The man was informed that he was not allowed to shoot at night, from his truck, within a quarter-mile of a residence and without his hunting license.

After informing the respondents of the situation, they declined to press charges against the man.