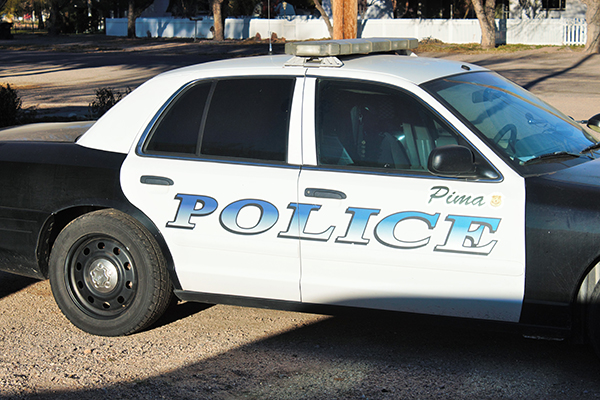 PIMA – The Pima Police Department thought it was on par with keeping a full staff by sending a new recruit through the police academy just as one of its officers intends to retire. However, an adaption from Robert Burns’ poem To a Mouse tells us that the best-laid plans of mice and men often go awry.

Pima recruit John Archuleta III began the police academy Monday and had to drop out Tuesday due to an injury, according to Pima Police Chief Diane Cauthen. The town sponsored Archuleta and paid for the extensive background check, but Archuleta was responsible for all other fees associated with the program, including purchasing his own sidearm and uniform.

Archuleta told Gila Valley Central that the issue revolved around his underestimating the recovery time necessary for a surgery he had in March for an injury he suffered while serving in our nation’s military. Despite the academy starting three weeks after he was cleared to resume running, it became quickly apparent that the level of healing was not where it needed to be to continue. 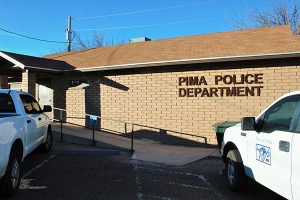 As is frequently the case in smaller municipalities, the Pima Police Department is often staffed with officers either at the tail end of their careers, those receiving a second chance at police work or those who are getting their feet wet for the first time.

Beloved Pima Officer Gary Gale is looking to hang up his holster in January, and the town was hopeful Archuleta would fill the spot after graduating in January. Due to the injury, however, Archuleta must sit out this training session. He can reapply at the next session if he is physically fit to do so, and that would have him graduate in May, according to Cauthen.

Cauthen previously informed the Pima Town Council of her original staff intentions at its September meeting.

“We got him (Archuleta) going through there so when Gary retires, we can just move (him) on in there and, hopefully, it’s just a smooth (transition),” Cauthen said.

Without having the revenue to lure officers from other jurisdictions, the Pima Police Department will likely become understaffed when Gale retires. It was in a similar situation in November, 2013, when then Sgt. Stirling Shupe resigned from his position. After not being able to locate current officers to work at the department, Pima sponsored two recruits through the academy but both failed to complete the training.

The department then hired Steven Mingura, who previously worked at the Greenlee County Sheriff’s Office and Clifton Police Department. Mingura was serving as the department’s sergeant when current Officer Jason Ellsworth graduated from the police academy in August, 2014. Mingura later left to become a deputy with the Graham County Sheriff’s Office.

Cauthen said if Archuleta doesn’t want to retry with the academy, the town will likely attempt to find another recruit.

“We can’t pay like Safford, Thatcher or (Graham) County, so we’ll likely try to put a recruit through again,” she said.