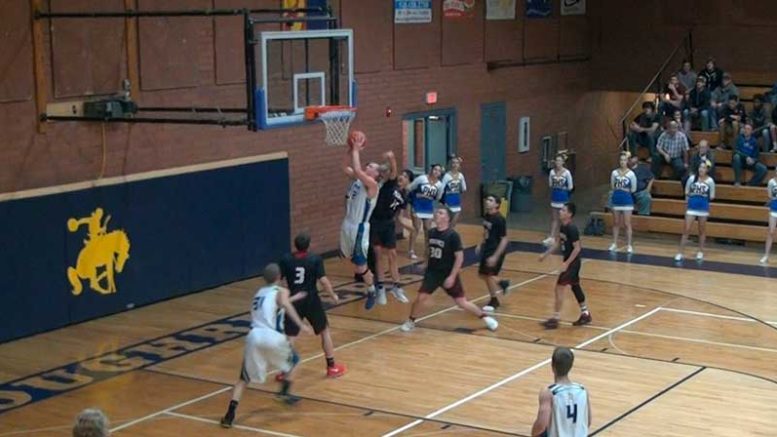 PIMA – The Pima Roughriders (6-0 conference, 10-1 overall) stretched its first-place lead in the 2A East with a decisive 70-58 victory over the visiting Morenci Wildcats (2-1 conference, 4-4 overall) on Tuesday. Pima’s only loss this year was at the hands of Faith Lutheran out of Las Vegas at the Flagstaff Holiday Basketball Tournament. The Roughriders will next play as the likely No. 1 seed in the Eastern Arizona Boys Holiday Tournament at Eastern Arizona College, while Morenci had to lick their wounds and get back at it to play the Safford Bulldogs (1-1 conference, 6-4 overall) the following night.

Pima opened up a 16-2 lead in the first period behind an opening 3-pointer from Frank Gutierrez and back-to-back 3’s from Andrew Taylor. Taylor finished the night with a team-high 17 points bolstered by five 3-pointers. 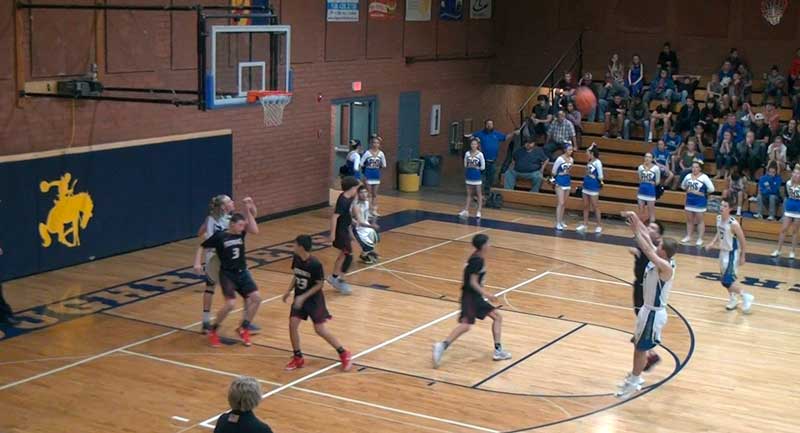 Jon Johnson Photo/Gila Valley Central: Andrew Taylor hits one of his five 3-pointers on the night.

The Roughriders’ defense was the star in the second period, as the Wildcats only scored one field goal with just 1:13 left in the half.

While Morenci was having trouble finding the bucket, Pima had the luxury of Dawson Pruszynski cleaning the glass and putting back buckets to the tune of 13 first-half points. Pruszynski had three field goals in each period and put in a free throw on an and-one play for good measure. 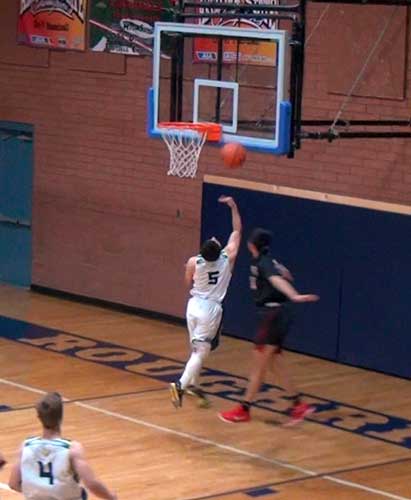 Pima blew away Morenci in rebounding advantage, with 20 offensive and 21 defensive rebounds on the night compared to just 6 and 8 rebounds for Morenci, respectively. Part of the disparage could be attributed to Morenci having to play without its big man, 6’9” junior John Olmstead, who fractured his arm in a game against Willcox on Dec. 1. Morenci head coach Patrick Hepper said Olmstead will be evaluated in January and hopes to have him back then.

Midway through the third period, the Roughriders built of a 30-point lead, 53-23, and Hepper called a timeout. Pima decided to sit some of its starters when play resumed, and Morenci chomped at the opportunity and began a comeback that would last until the final buzzer.

“I’m a little disappointed with our defense in the second half,” Thompson said. “We just decided to give some guys off the bench an opportunity and that’s what we did . . . Morenci played hard, and I don’t think we matched their intensity level in the second half, and we need to come out and do that always.” 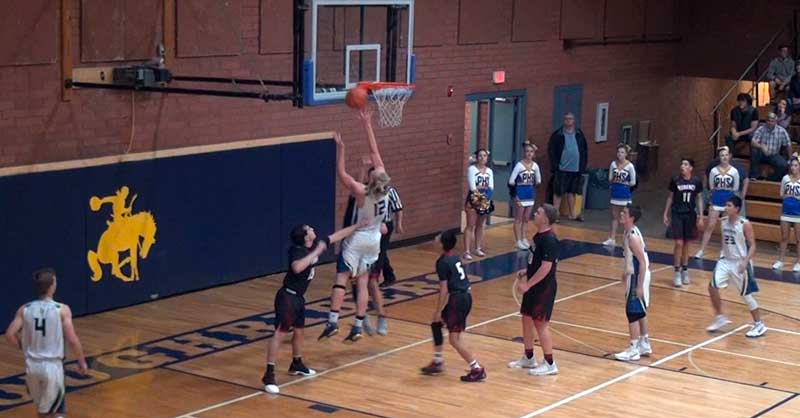 Jon Johnson Photo/Gila Valley Central: With John Olmstead out with an arm fracture, Dawson Pruszynski had his way down low.

Jordan Leonard led the way with a game-high 22 points, but there wasn’t enough time on the clock and Pima walked off the court with the 70-58 win.

“Pima is a really good team,” Hepper said. “I just thought it was a good game. I’m proud of my guys. They played very hard.”