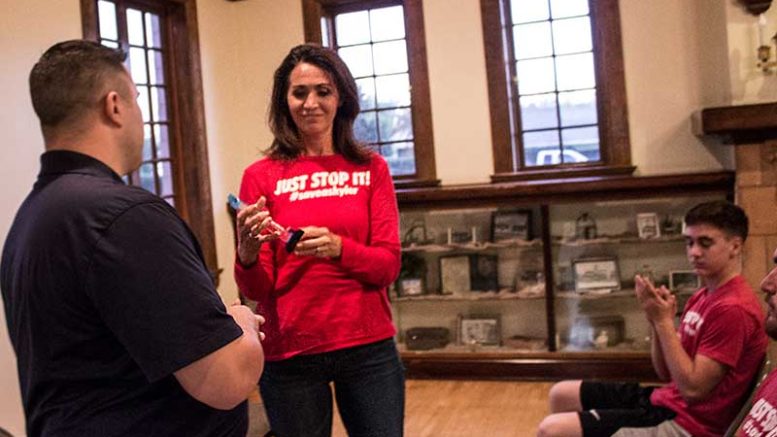 SAFFORD – The prestigious Pride of Safford Award was presented to the anti-bullying advocate Patti Wren on Thursday.

Patti Guerrero-Wren is the mother of the founder of the Save A Skyler anti-bullying campaign. The Save A Skyler program raised awareness among students of the devastating effects of bullying, and to present coping and management solutions to those being bullied. As of Thursday, the Save A Skyler campaign has completed 38 presentations, handed out more than 11,000 wristbands, and dedicated six benches with two more on the way. The organization gives anti-bullying presentations in local schools as well as schools that are out of state.

Safford City Councilman Chris Taylor presented Wren with the Pride of Safford Award, commending her for her hard work.

“Patti lost her lost her son Skyler to a suicide 19 years ago and has founded a non-profit campaign to raise awareness about bullying in schools,” Taylor said. “Her hard work and determination have led to more conversation about bullying and suicide in the schools that without her effort may very well not have happened.” 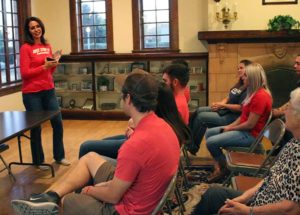 Brooke Curley Photo/Gila Valley Central: Patti Wren thanks her family and friends who help support her in the Save A Skyler Campaign.

Taylor also read a short summary of Wren’s journey, illustrating the struggles of her son, Skyler. The summary included Skyler’s torment in school, as well as the bullying he sustained until his death.

“Skyler will turn 30 on Sept. 13. To celebrate his birthday and life, we ask that each person that knew him and now knows of him would take time every day between now and Sept. 13 and step out of your circle to seek out the possible Skylers in your world,” Taylor said. “Seek out the ones (who) need you, and if you are a Skyler, please seek out help. Suicide does not remove the pain; it passes it on to someone else.”

Gila Valley Central interviewed Wren after the ceremony, and she said that she was not expecting to be considered for the award. However, Wren said that it meant a great deal to her. She also encouraged everyone to accept each other, regardless of differences of opinion.

“Don’t forget that everybody is human and needs to be treated like humans no matter how you agree or disagree with them,” Wren said. “And it’s okay to be kind, and it’s okay to show kindness.”