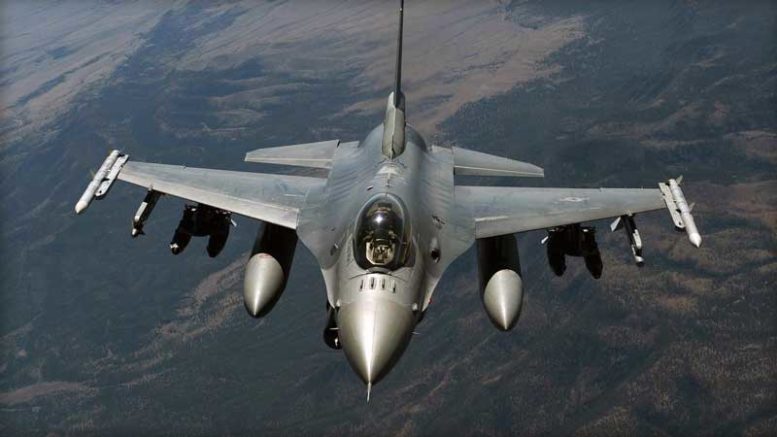 An Iraqi F-16 Fighting Falcon (similar to the one pictured) training with the Air National Guard 162nd Wing out of Tucson International Airport crashed in the desert surrounding Fort Thomas on Tuesday afternoon. The Iraqi student pilot was found deceased.

Brothers Eric and Aaron Richards were the first on the scene. The brothers were working in Ashurst by the Red Knolls area when they noticed the crash and sought out the scene. They also serve on the Fort Thomas Fire Department and were the ones to alert first responders to the crash area. Eric Richards said as they approached the scene a second jet that was circling the crash site would fly low and then ascend higher as they retreated.

“We saw this big black mushroom cloud but the pillar was just dirt,” Eric Richards said. “We stood there for a minute looking at it and then the jet started circling it.”

The brothers then searched out and found the wreckage and discovered the pilot. At that time, they called the Fort Thomas Fire Chief and informed him that a jet had crashed. Eric said the area was still giving off a great deal of heat when they arrived and that the jet’s fuel possibly helped burn some nearby cactus. He said it appeared if the jet went straight into the ground, and the crash site had a large crater about 20-feet deep. Very little of the jet was left, except for some parts that appeared to have come off when the pilot ejected.

Contributed Photo/Courtesy Eric Richards: An impact crater shows where a part of the jet hit the desert in Fort Thomas. The pilot was reportedly found not far from this crater partially tangled in his parachute.

A crisis team with the 162nd Wing responded to the crash site in a Blackhawk helicopter. Local law enforcement, including Graham County Sheriff’s Office and officers with Pima and Safford police departments, responded to the scene. Emergency operations with Davis Monthan Air Force Base confirmed the F-16 was from the Air National Guard 162nd Wing out of Tucson International Airport.

The Sheriff’s Office cordoned off the area for the National Guard’s response team to perform its investigation and clean up the site. According to Sheriff P.J. Allred, the jet crashed in the desert area and did not hit any structures. The Sheriff’s Office closed the section of Black Rock Road leading toward the crash site.

Eric Richards said he and his brother found the pilot close by where the cockpit window was located and that it appeared he had ejected just prior to the collision and his parachute hadn’t inflated. Eric described the biggest piece of the jet left as being the size of an ice chest. 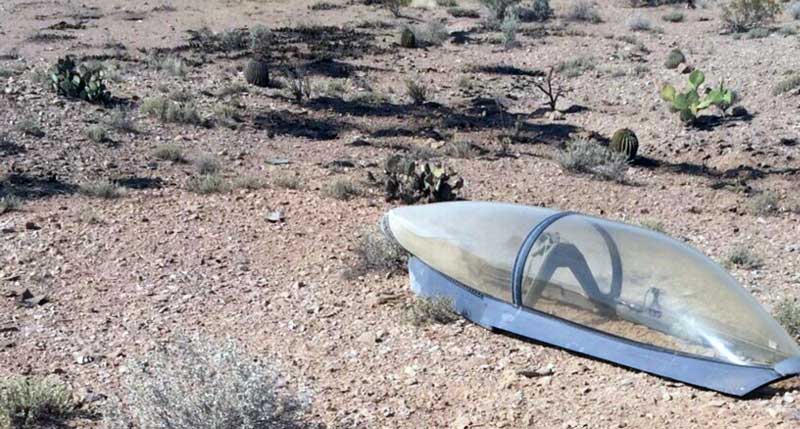 Contributed Photo/Courtesy Aaron Richards: Part of the plane’s cockpit was located near a burned area of desert.

“It’s an unfortunate incident that happened and now we have to help get this cleaned up,” Allred said. “We’re just kind of holding here until they (the crisis team) get here and do what they do.”

Public Information Officer Lacey Robert with the Air National Guard sent out a public release Wednesday morning stating that the pilot was an Iraqi student pilot and “was flying an F-16 belonging to the Iraqi air force. The U.S. Air Force is training Iraqi pilots in F-16 fighters at the request of the Iraqi Government.  These fighter pilots are vital to their country’s defense.”

This is the second time in two years that an Iraqi pilot has died while training with the 162nd Wing. In July 2015, an Iraqi brigadier general died when his F-16, a newer model recently delivered to the Iraqi air force, crashed during night training near Douglas.

The Air Force has created an interim safety board to investigate the crash.

This article has been updated.