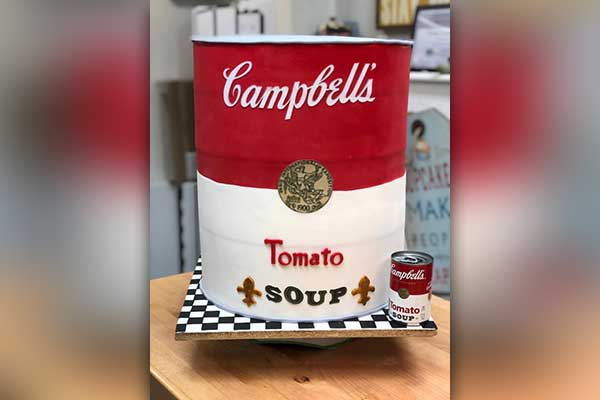 Local elementary schools collected nearly 40,000 non-perishable food items for the Double-R-Communications Food Drive. Area elementary school students helped deliver the food to local food banks yesterday. Reed Richins from Double-R-Comminications flew to each school in a Lifenet Helicopter to deliver prizes to the winning classes from each school. The class that collected the most non-perishable food items at each participating school was given a trophy from Trophies N Tees, a pizza party from Dominoes, cupcakes from Cakes with TLC and gift certificates for Taylor Freeze and got to tour the Lifenet helicopter. 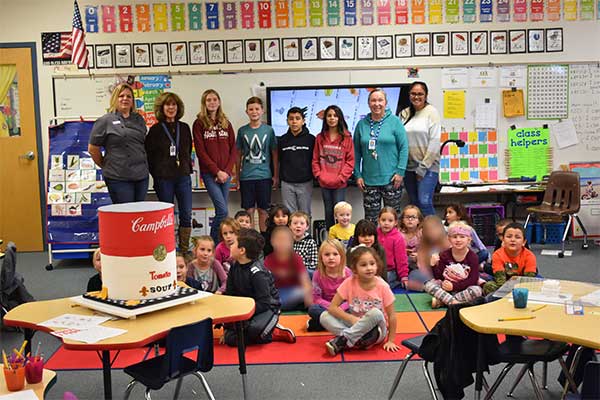 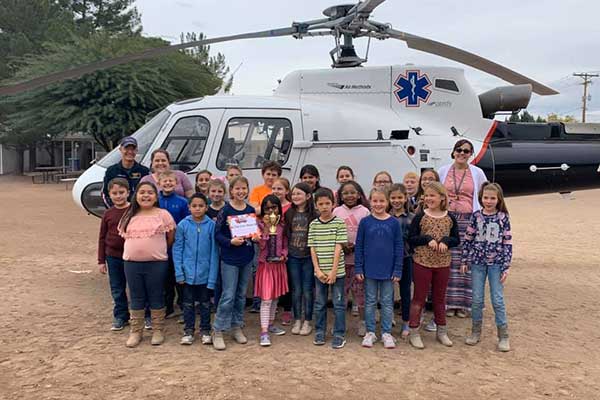 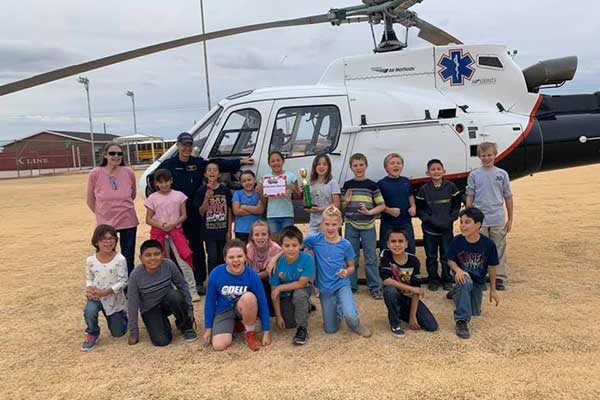 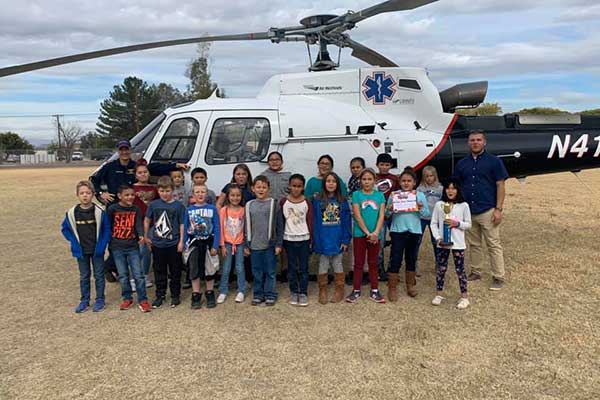 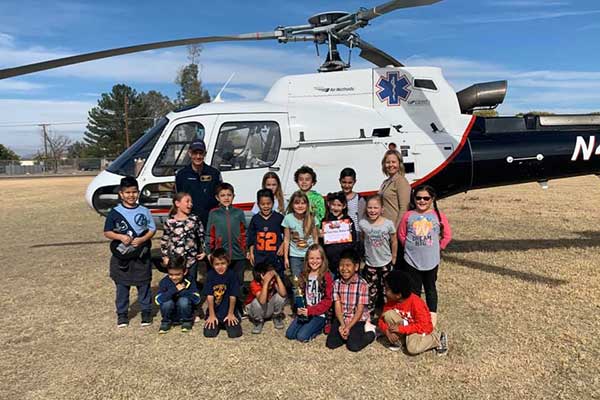 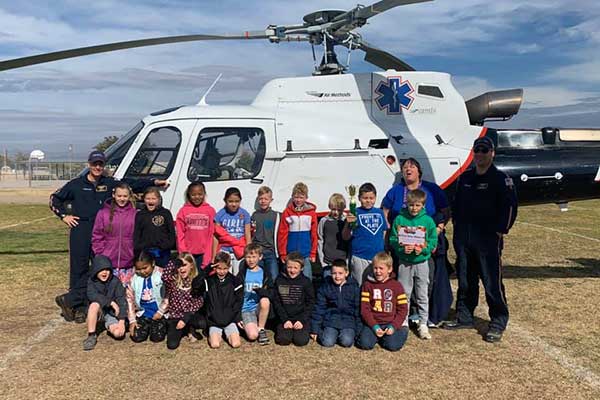 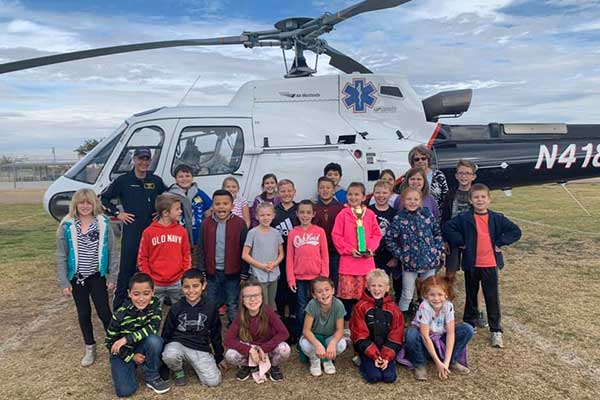 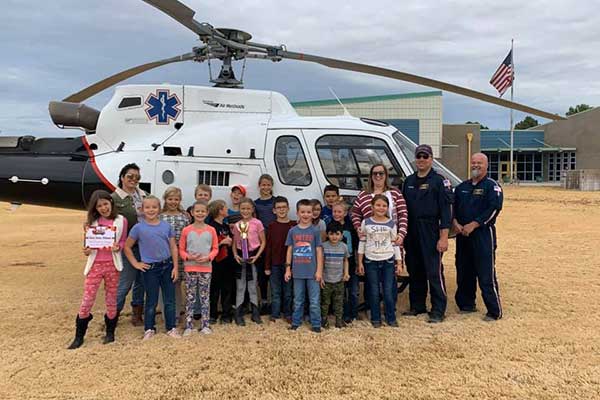 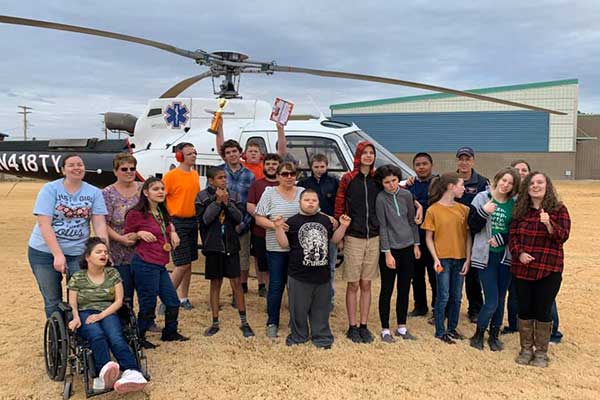 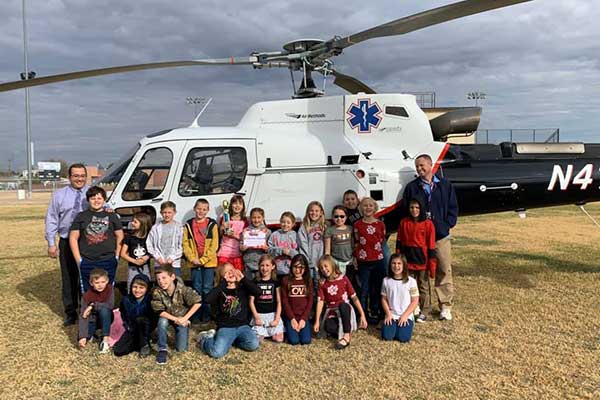 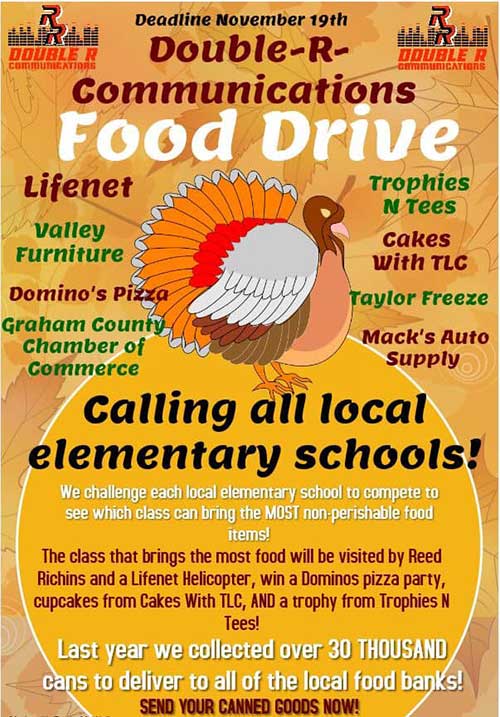