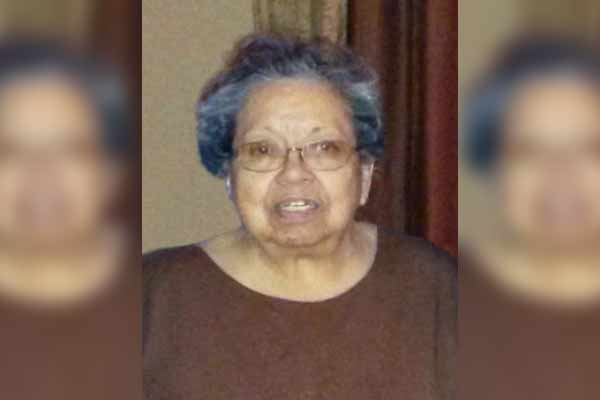 She married Willie R. Garcia in 1948 and they settled in Morenci AZ. until 1979 when they moved to Safford AZ.  She resided in Safford until 2017 when she then moved to Goodyear AZ. to be close to family.

Lillie was a very talented and crafty homemaker. She enjoyed sewing, quilting, needlepoint, and crochet just to name a few of her many talents.  She also greatly enjoyed cooking and baking.  She very much-loved spending time in her yard tending to her flowers and fruit trees. She was a member of St. Rose of Lima Catholic Parish and was involved with both the Church Choir and Bereavement committees.

Lillie was one tough cookie!  After raising her family, she continued to pursue her dreams. She learned to drive a vehicle well into middle age and then returned to school and completed her G.E.D. She then went on to enrolled at Eastern Arizona College where she received her Associates Degree. She also took many different classes and pursued her love of music, yet still by taking piano lessons as a grandmother!  Tenacity, perseverance and a strong will were the hallmarks of her character.

She was preceded in death by her parents Eleodoro and Marianna Saenz, her husband Willie, their infant son Richard, and siblings Theresa Villareal, Carol Westly, and Alice Gomez.

A viewing was held Tuesday evening, March 19, 2019 from 5:00 until 7:00 p.m. at McDougal’s Caldwell Funeral Chapel. A Rosary will be at 9:00 a.m. on Wednesday March 20, 2019 followed by a Mass of Christian Burial at 10:00 at St. Rose of Lima Catholic Church. Interment will be in the Safford Cemetery.  Following the services, a reception will be held at the St. Rose of Lima Church Hall.