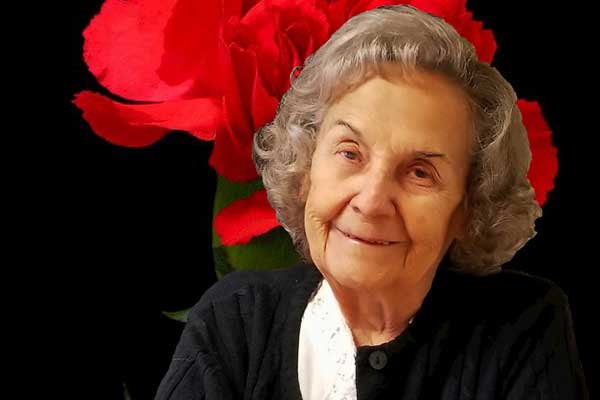 Lillian Perez Marquez, a lifelong resident of Clifton, went to be with the Lord Sunday afternoon, August 4, 2019, at home surrounded by family and friends. Lillian was 95.

Lillian Perez Marquez was born on March 8, 1924, to Cleotilde and Fredrico Perez in Eastside, Clifton, Arizona. She was preceded in death by: two brothers, Ernesto and Alberto Gutierrez; and one sister, Helen Sanchez Apodaca. She was united in marriage to Henry G. Marquez on October 13, 1940, in Clifton, Arizona. He preceded her in death January 22, 1997. They were married for 57 wonderful years.

She grew up in Clifton’s Eastside during the great depression of the early 1930’s. Times were very hard for Lillian and her family. She and Henry worked hard on building their home on Shannon Hill. They created a beautiful home and garden. After Henry passed, Lillian continued to maintain her home and garden all by herself.

Lillian was also a fantastic mother, homemaker, cook, hostess, artist and the family matriarch. She lived alone after Henry’s death and was often visited by friends and family. She enjoyed crossword puzzles, reading, hunting (deer and squirrel), trout fishing, and hosting Christmas, Thanksgiving, Easter, and birthday parties. She did all the preparations and cooking. She was very involved in local politics and with the Mine Mill Union. She was president of the Hispanic Women’s Auxiliary and a member of the Clifton School Board.

She didn’t want to die. She wanted to live and accepted death as a part of life. In her final moments the peace and tranquility that came over her face was breathtaking. She wanted to know that her children were going to be okay. She always wanted us to remain a family.

She believed in heaven and the life that we will be granted after death. Her beautiful soul is finally reunited with her mother, husband, brothers, sister and the loved ones who went before her.

As hard as it is accepting the fact that she is no longer here, we are at peace with her being our guardian angel. She promised to make her spirit present in our life and her legacy will live on through her children and whose lives she touched. We love and miss you very much.