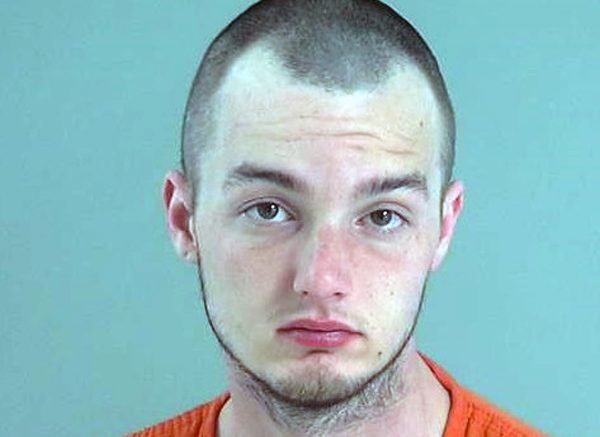 SAFFORD – The man who likes to change his middle name to an expletive was sent back to jail Wednesday morning after allegedly repeatedly trespassing at Walmart.

Jon Russell Langley, 21, of Pima, was arrested early Wednesday morning after causing a disturbance at Walmart. He was subsequently booked into the Graham County Jail on two counts of criminal trespass in the second degree, according to a Safford Police report.

After initially receiving just a citation for trespassing, Langley returned to the Walmart at 755 S. 20th Ave. shortly before 1:25 a.m. and reportedly rode his bicycle through the store while smoking a cigarette. He then left northbound on U.S. Highway 70 and was out of sight before officers arrived. Authorities searched the area but were unable to locate him.

Officers were then called called back to the store at about 2:10 a.m. after Langley had returned and was climbing the side of the business at the grocery entrance. Officers arrived as Langley was descending the wall and placed him under arrest.

During the recent issue at Walmart, Langley was reportedly booked into the jail without incident. He was charged with two counts of criminal trespass in the second degree in Safford Municipal Court and was arraigned the same day he was arrested.