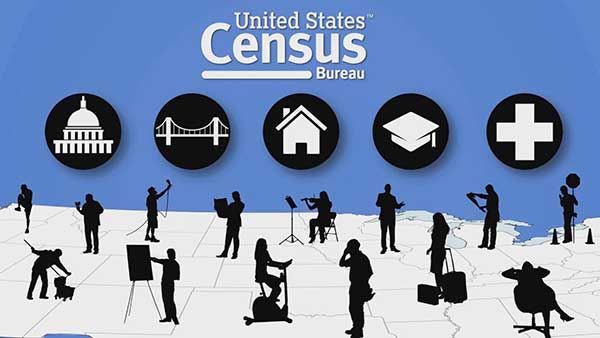 Redesigned Questions May Contribute to Increase

Income data released by the U.S. Census Bureau show that 2017 median household income was the highest on record at $61,372.

But is it really?

The income questions were redesigned in the Current Population Survey’s Annual Social and Economic Supplement (CPS ASEC) in 2014 for data year 2013. Therefore, some of the difference in median household income between 2017 and the previous highs is due to the question differences.

2017 Income Higher but not Really

To better understand potential differences from the change in questions, the Census Bureau used a split panel design in 2014 with the traditional and redesigned income questions.

Taking into account the margin of error in the 3.17 percent adjustment, the median household income for 2017 would not be statistically different than either the 1999 or 2007 medians.

All three years would be in a statistical tie for highest real median household income with any year from 1998 to 2001 and from 2005 to 2007 after the 3.17 percent adjustment for the change in questions (see the full adjustments from 1967 through 2017).

Why Adjustments Aren’t in the Tables

The Census Bureau did not make these adjustments in official publications and table packages for a simple reason: They require assuming that the 3.17 percent difference between responses to the historical questions and the redesigned questions in 2013 would have been identical in all years before 2013.

This method of adjusting by 3.17 percent should be used with caution as the adjustment only applies to overall household median income and not to the medians for household subgroups.

While the CPS ASEC provides income statistics, another source of income data is the American Community Survey, which provides consistent statistics back to 2005. Additionally, CPS ASEC questions on earnings were not changed in the redesign. This allows us to analyze changes in earnings over time across the redesign as we did last year in the blog “Median Earnings over the Last 40 Years.”

Jonathan L. Rothbaum is Chief of the Income Statistics Branch in the Social, Economic, and Housing Statistics Division.