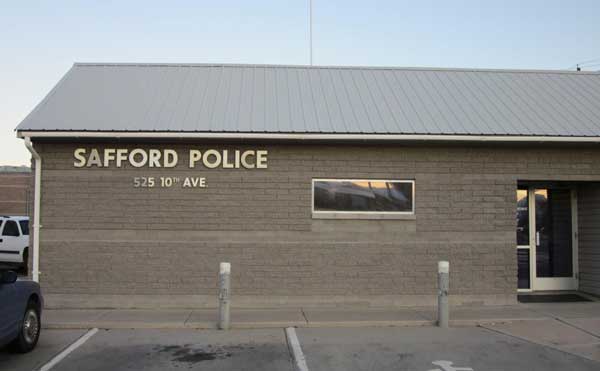 SAFFORD – The commenters have spoken and they were right.

Just eight days after being charged with aggravated DUI and drug paraphernalia, Inez Salinas, 45, was found with more heroin paraphernalia during a medical call to his residence.

Salinas was previously arrested Aug. 9 after an officer deemed he was high on heroin while driving his truck on a suspended license with his 10-year-old grandson as a passenger. Salinas was eventually cited and driven back to his residence and released, much to the chagrin of commenters on the story.

On Aug. 17, authorities were dispatched to Salinas’ residence on a medical call after Salinas lost consciousness while exiting the bathroom and struck his head.

While at the scene, officers noticed several cut straws with apparent heroin residue. While Salinas’ elderly mother tried to say the straws were the result of the 10-year-old child cutting them on and putting them on his hands in an Edward Scissor hands fashion, the youth said he did not do that.

Paramedics from Lifeline Ambulance arrived and transported Salinas to Mt. Graham Regional Hospital for treatment. Prior to leaving, officers questioned Salinas if the cut straws with residue were his or his mother’s, and without admitting to possessing the straws he said he would take the blame for them.

Salinas allegedly said he last used heroin two days prior to the incident and wasn’t smoking it in the bathroom before exiting and passing out onto the floor.

Salinas was then transported to the hospital and the officer informed him that charges for drug paraphernalia would be forwarded to the Graham County Attorney’s Office.