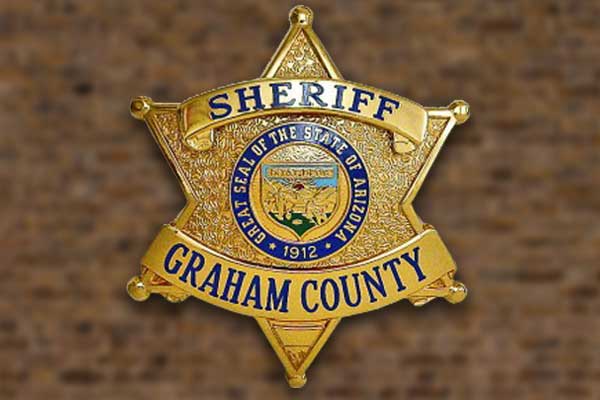 On December 21, 2019 Jorden Marie Simms (age 28) was arrested by a Safford Police Officer and was booked into the Graham County Adult Detention Facility for a felony warrant from Yavapai County.

On December 23, 2019 Jorden Simms was transported from the Graham County Adult Detention Facility by Safford Police Department personnel for a specialized exam due to an allegation made by her against a Safford Officer.

On December 26, 2019 it was arranged to have Jorden Simms transported to an Advocacy Center located in Sierra Vista for a specialized examination. The transport was done by a Deputy and Detention Sergeant, from the Graham County Sheriff’s Office.

On December 26, 2019 the initial exam was completed and based on a recommendation by a medical professional at the Center that would require utilizing equipment not available at the Advocacy Center, arrangements were made to take Jorden Simms to Mt. Graham Regional Hospital before returning to the Graham County Adult Detention Facility.

As the patrol vehicle, a Ford Explorer, was north on 20th Avenue, at the south 1900 block, approaching Mt. Graham Regional Hospital, Jorden Simms opened the door (rear driver’s side) and exited the vehicle. The Deputy involved in the transport radioed for assistance and law enforcement from Safford, Pima, Thatcher and medical personnel responded to the scene.

The investigation to this point has shown the following:

Jorden Simms had removed her handcuffs, belly chain and ankle restraints before opening the door. It was learned staff had loosened the ankle restraints due to Jorden Simms complaining they were rubbing her ankles causing pain. A small tube of shower gel with the cap open was found in the back seat where Jorden Simms had been seated. The shower gel has been confirmed as the same type used by the Advocacy Center where she was examined and this same type of shower gel is kept in the bathroom Jorden Simms used prior to being brought back to Graham County. The handcuffs and chain were located on the seat in the patrol vehicle and the ankle restraints on the floor board when the patrol vehicle was photographed. Her jail issued shoes were also on the floorboard along with the found shower gel tube. It was also discovered the child proof locks used to prevent the rear doors from being open from the inside was switched to the off position on the side she had been placed on (both when taken to Sierra Vista and returning to Graham County, the driver’s side rear). The passenger side child lock was found to be in the on position. Jorden Simms had been seated in the rear caged area alone and law enforcement personnel were seated in the front of the vehicle, driver and passenger front seat.

Note: Many of the recent social media posts and claims being circulated are unfounded, as is often the case when opinions, claims and random posts are made before an investigation is completed or is on-going. These events were and will continue to be investigated.