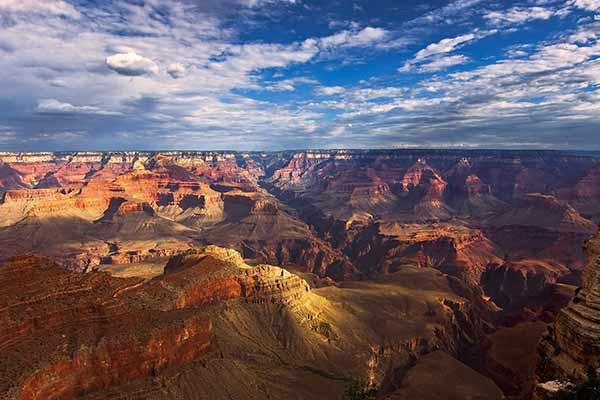 The governor’s executive order establishes the Grand Canyon Protection Plan, and calls on Arizona State Parks and Trails to coordinate with the Department of the Interior and the National Park Service in creating it.

Governor Ducey instructed that the plan:
1. Outline a continuity of operations strategy for the Grand Canyon National Park;

2. Detail a process to determine the financial impact of the continuity of operations strategy;

3. And establish guidelines to facilitate a transfer of funds from the State of Arizona to the Department of Interior, as necessary to fund the continued operations of the Grand Canyon National Park.

“We will not let Washington’s lack of action prevent us from welcoming visitors to the Grand Canyon,” said Governor Ducey. “The Department of Interior, the National Park Service, and local communities have been excellent partners with the State of Arizona in keeping the Grand Canyon open in the face of chaos in Congress. We look forward to continuing that partnership, and this plan will ensure predictably.”

Last month, the State of Arizona successfully partnered with the Department of Interior to keep the Grand Canyon open during the federal government shutdown. At that time, Governor Ducey said, “The Grand Canyon will not close on our watch. Period.”

The Grand Canyon hosts more than six million visitors per year and is a major travel destination for visitors from around the world. These visitors spent nearly $650 million in the rural communities near the park in 2016, which supported nearly 10,000 jobs in the area and benefited the local economy in excess of $900 million.