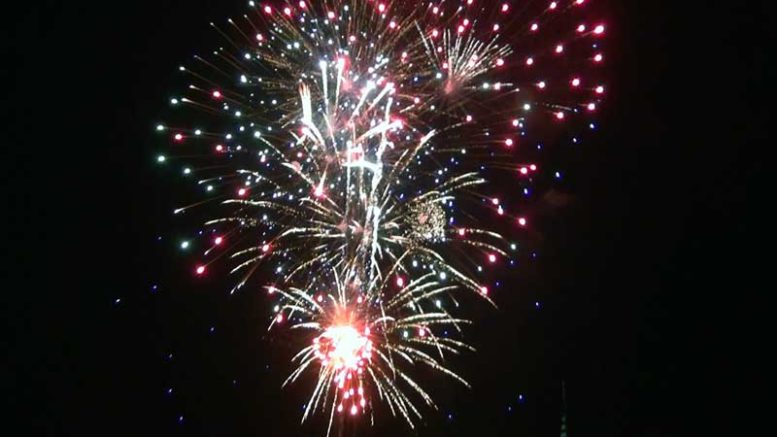 Jon Johnson Photo/Gila Valley Central: Fireworks lit up the night at the culmination of the Gila Valley Pioneer Days on Saturday.

GILA VALLEY – Handcarts, covered and uncovered wagons and a plethora of youth in olden garb walking along Church Street in Thatcher can mean only one thing – Pioneer Days has come again to the Gila Valley. 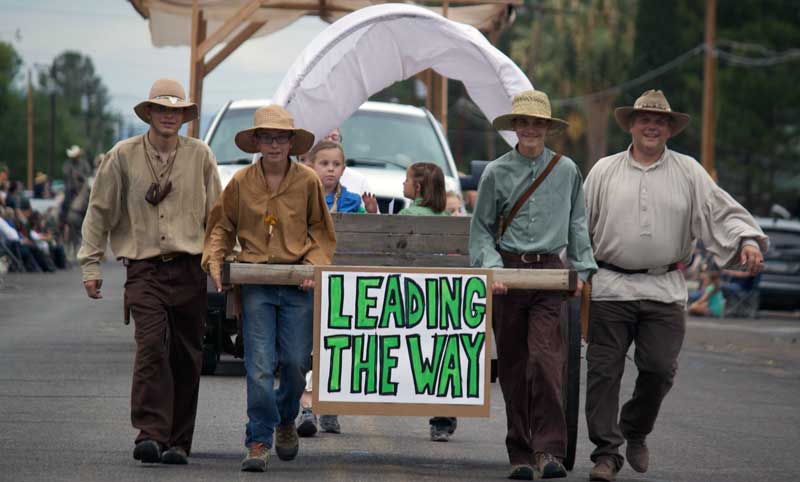 Jon Johnson Photo/Gila Valley Central: A group pulls a handcart along the parade route. Handcarts were utilized by the Mormon pioneers to cross the plains on their westward trek.

The annual festival to celebrate Brigham Young and other Mormon pioneers arrival into the Salt Lake Valley on July 24, 1847, is nearly as big a function in July in the Gila Valley as is our country’s Independence Day celebration. And this year was no different. 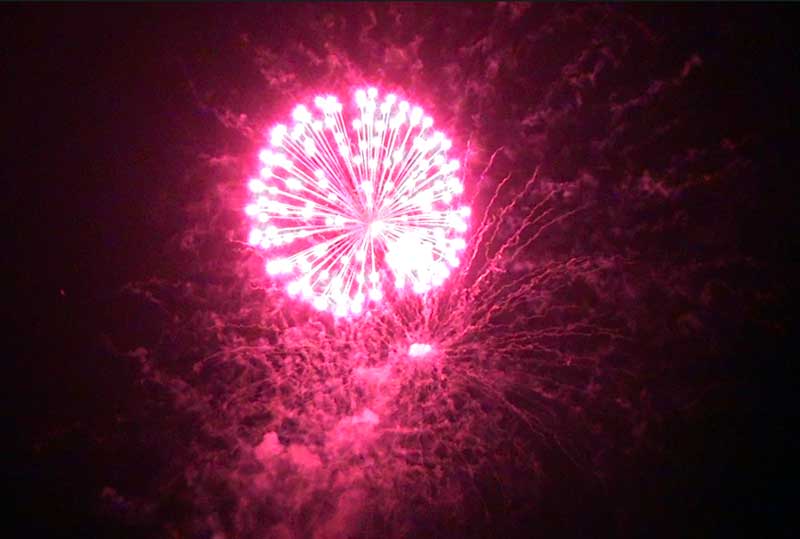 Jon Johnson Photo/Gila Valley Central: The crowd let their enjoyment of the fireworks show be known by their reactions.

Friends and family came from far and wide to descend upon the Gila Valley to take part in the festivities, which kicked off Friday night with a variety show at the David M. Player Center for the Arts and the annual Pioneer Days Rodeo in Pima, which was talked about for days after as one of the best to date. 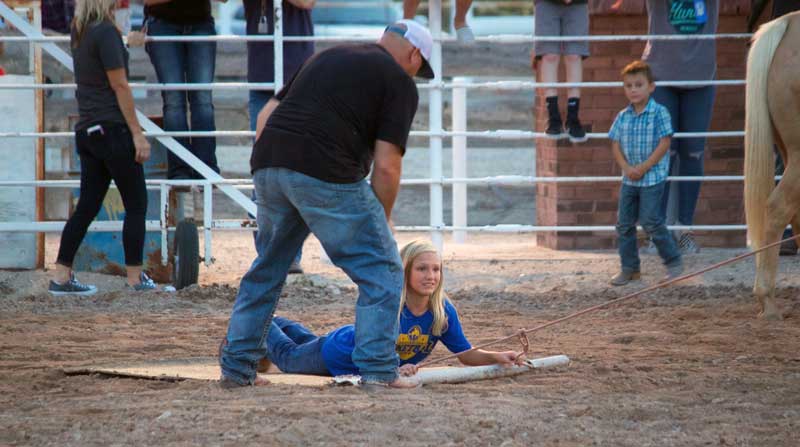 As dusk neared, the floats so carefully prepared by local wards of The Church of Jesus Christ of Latter-day Saints and families got into position at Thatcher High School and began their processional down Church Street to the delight of all lined up along the route. 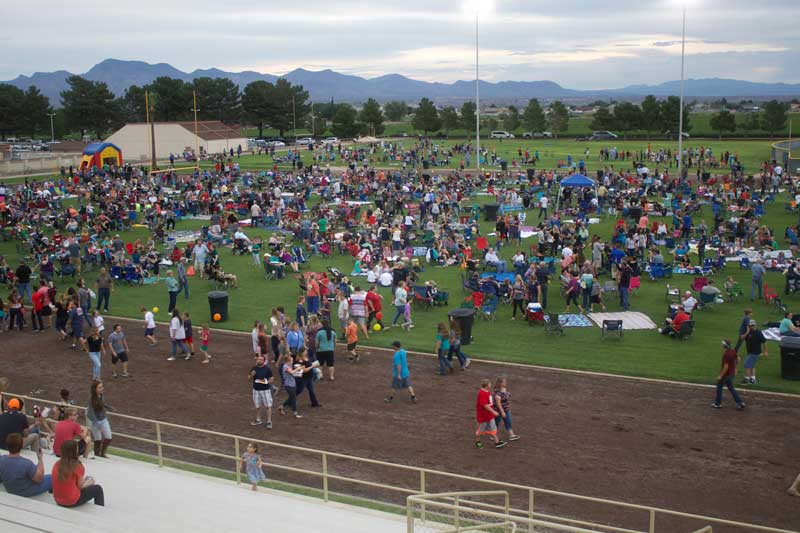 After the parade, the throngs of people gathered at Eastern Arizona College’s John T. Mickelson Stadium to enjoy smoked barbecue dinner and other treats and to spend the evening with family and friends.

Jon Johnson Photo/Gila Valley Central: The parade had good participation from the various wards and youth.

Once darkness fell over the land, the night sky was lit up with the annual fireworks show, which also signified the end to another year of festivities.