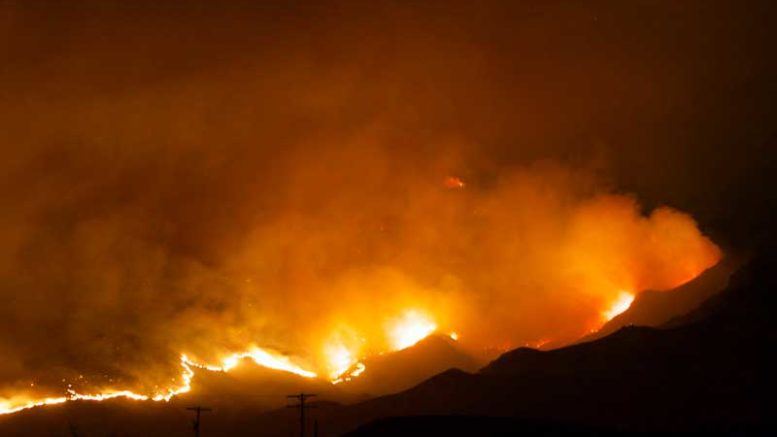 MOUNT GRAHAM – Firefighters continue their battle against the weather to gain the upper hand over the Frye Fire burning on Mount Graham.

As of Thursday morning, the fire was listed at 39,993 acres with 45 percent containment. The cost to fight the fire has risen to $13.1 million and there are 826 active firefighters on scene. The Type 1 Northern Rockies Incident Management Team led by incident commander Greg Poncin is in charge of fighting the fire, which previously went through Type 3 and Type 2 incident management teams prior to the Type 1 team getting the nod. 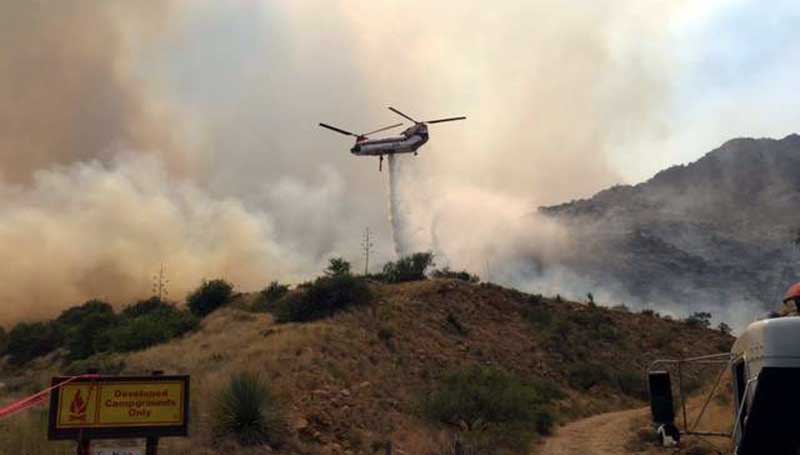 The fire started June 7 at 2:45 by lightning and previously was burning in the Nuttall Fire’s burn scar from 2004, actively cleaning out dead parts of the forest in what was at first deemed a “beneficial fire.” It spread throughout the mountain, however, and gave close calls to prized assets, including the Mount Graham International Observatory (MGIO). The observatory survived a close call with the fire June 18 when a tanker dropped slurry on the approaching flames, that got within 50 feet of the Vatican Advanced Technology Telescope (VATT). The vice-director of the VATT, Father Paul Gabor, told the Arizona Daily Star that he was surprised at how little damage there was to the telescope and that while it sports a “pinkish-orangish slurry all over the place” and smells of smoke, there are no soots or carbon deposits on the telescope’s optical and electronic equipment. 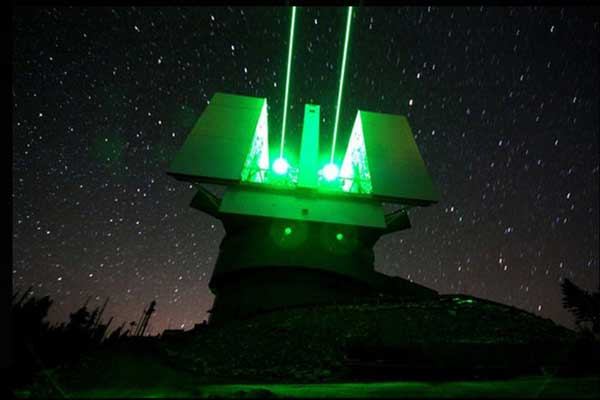 Contributed Photo/Courtesy Hunter Windsor: The telescopes at the MGIO escaped fire damage. This photo is from its laser operations a few years ago.

Gabor and other representatives visited the site Tuesday. The observatory remains running on generator power and reportedly will not reopen prior to its annually-scheduled shutdown in July for the monsoon season. As far as Gila Valley Central has learned, the MGIO is the only site on the mountain to receive a fire retardant slurry, with the rest of the drops containing water drops by various types of helicopters. 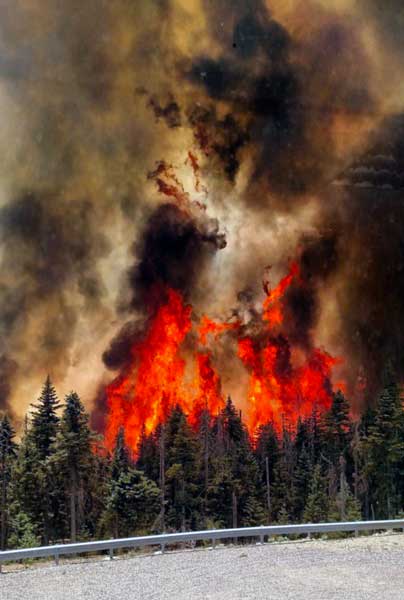 Contributed Photo/ Courtesy LBTO (K. Newton): The view of the Frye Fire on Sunday, June 18, from the MGIO.

Most of yesterday’s smoke increase was due to a “firing operation” in which helicopters dropped a Delayed Aerial Ignition Device (DAID) or ping pong ball system. The DAID utilizes plastic spheres containing potassium permanganate and are injected with ethylene glycol before being immediately jettisoned. The chemicals react thermally to produce a flame that consumes the ball. The balls can be efficiently dropped to create most any type of burn pattern desired.

The aerial ignition back burn, or firing operation, took place between the Fort Grant Vista Point and Big Creek along Highway 366. The intent was too allow firefighters to move the fire from an uncontrolled fire edge slope through unburned islands of vegetation to Highway 366, so they could effectively then put it out. Other helicopters were on hand to drop buckets of water to “check” the fire, so the controlled burn would not get out of hand.

Firefighters continue to improve the protections put in place at Turkey Flat to spare the 74 cabins from the fire. The fire burned east and southwest of Heliograph Peak last night, but activity died down when the winds slowed.

While the fire activity on the northern and western sides was minimal yesterday, the forecasted dry, hot weather with wind gusts up to 25 mph and single-digit humidity allows for active fire growth. Relief may come by the middle of next week, however, as the possibility of rain is forecasted at that time. 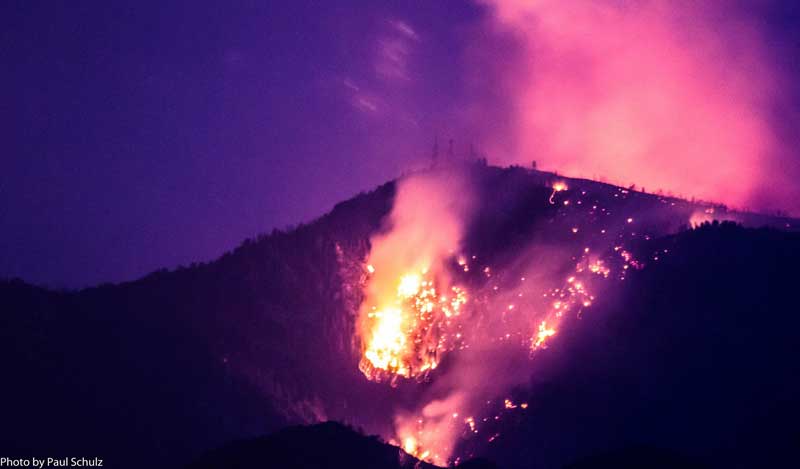 Mount Graham remains closed to the public and a no-fly area for unmanned vehicles (drones) remains in place. A drone reportedly caused aircraft battling the Goodwin Fire north of Prescott to be grounded recently.

The Goodwin Fire has burned more than 20,000 acres and has a containment of just 1 percent. It has caused evacuations in several areas, including the town of Mayer. The Southwest Interagency Type 1 Team is battling that fire.