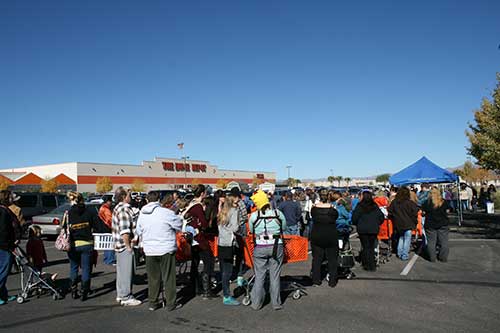 THATCHER – For its first trip to the Gila Valley, the Produce On Wheels With-Out Waste (POWWOW) farmer’s market drew quite the crowd Wednesday.

After only being running for half an hour, the POWOW volunteers served out 60 pounds of vegetables to more than 100 people. Anxious fruit and vegetable bargain hunters arrived at the Home Depot parking lot two hours before the market opened and asked if they could wait in line. 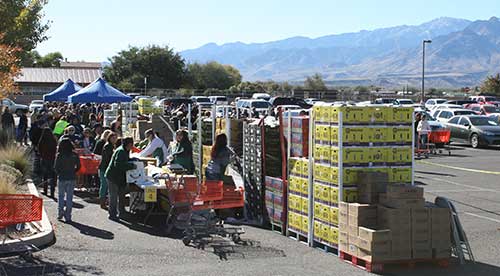 Brooke Curley Photo/Gila Valley Central: Two lines formed on either side of a massive stack of 41,000 pounds of produce.

Laura Rogers, a health programs coordinator with Health in Arizona Policy Initiative (HAPI), is one of the individuals in charge of bringing the produce to the Gila Valley. She told Gila Valley Central that she was excited about the turnout and prospect of fresh produce in the Gila Valley.

“It is really amazing,” Rodgers said. “The response to this type of program for our community is going to help so many people. To take 60 pounds of produce into their home and share some of it is just a really great program, and I love that we’re able to do this.”

According to Rodgers, the group trucked in a little more than 41,000 pounds of produce into the Gila Valley on Wednesday. The produce was stacked in cardboard boxes on 24 pallets, and included watermelon, bell peppers, bagged salads and cucumbers. 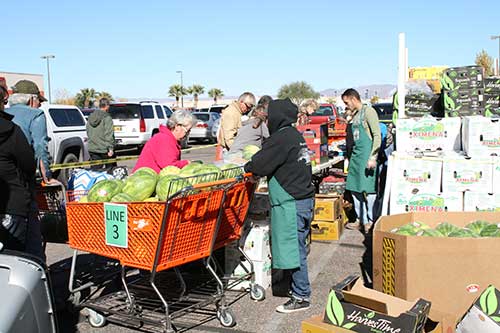 The POWWOW is an element of the Borderlines Food Bank, which is a non-profit organization located in Nogales, Ariz. The organization rescues nutritious produce and ships it to families. Borderlands has been in operation for 20 years and has annually shipped between 30 to 40 million pounds of produce in 39 different varieties. Borderline Food Bank delivers the produce throughout Arizona, including the Tucson and Phoenix areas. 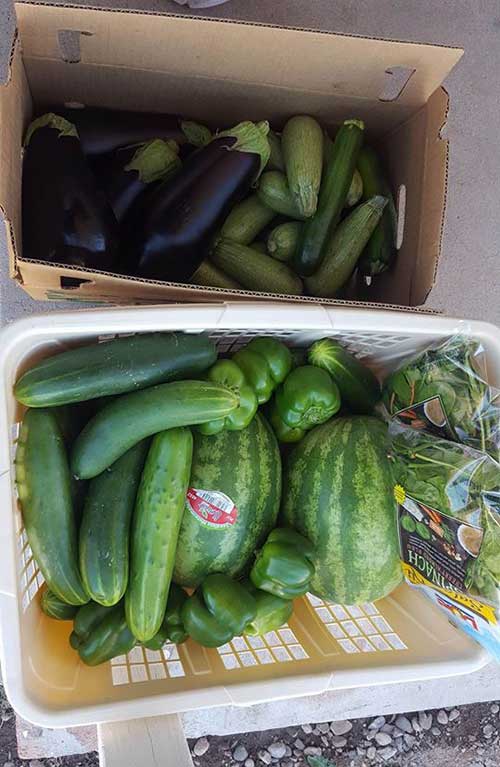 Contributed photo by Hannah Keir: This shows  the sheer mass of 60 pounds of produce.

To gain access to the food, an individual requires an identification card and a $10 donation to the POWOW organization. Users are encouraged to bring their own baskets.

Rodgers said volunteers are both needed and appreciated and that the market will be back again next month. If an interested individual has not signed up for the program, they can do so at the market. 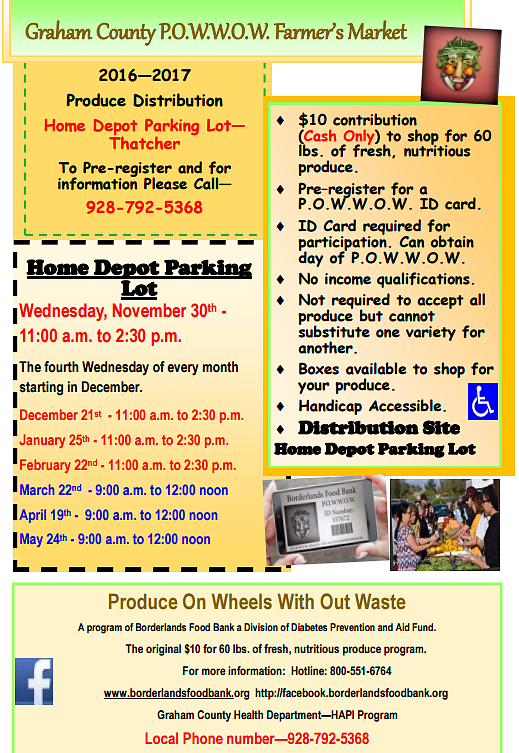 First POWWOW of the season starts with some new faces