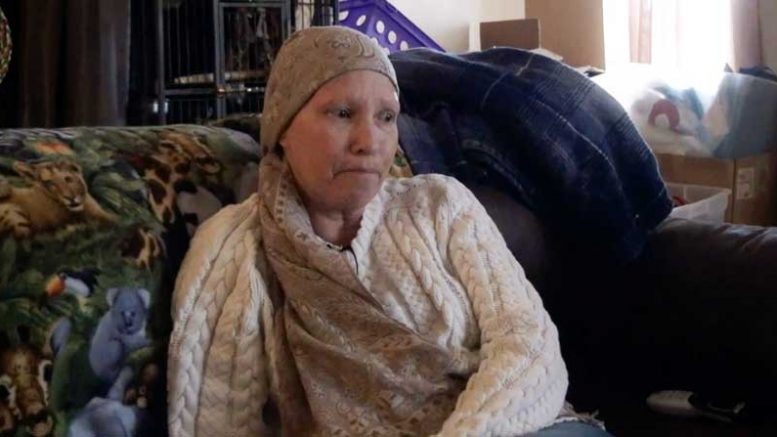 Jon Johnson Photo/Gila Valley Central: Cancer victim Laura Dunbar was taken advantage of by a con man who squandered $25,500 he was supposed to invest.

SAFFORD – In her darkest hours of need, a con man preyed upon a cancer victim who just wanted to ensure her autistic son was looked after if she shouldn’t survive.

Levi Winckel, 33, first appeared in Laura Dunbar’s life as a savior of sorts, promising to invest money on her behalf in a company in which he had allegedly already seen great returns and had a portfolio of nearly $400,000.

On Monday, Safford detectives arrested Winckel on charges of fraudulent schemes and artifices and theft. Due to the high dollar amount that was stolen, both charges are Class-2 felonies. Now the man who was once a Graham County detention officer is witnessing how life is on the other side of the door at the Graham County Jail. 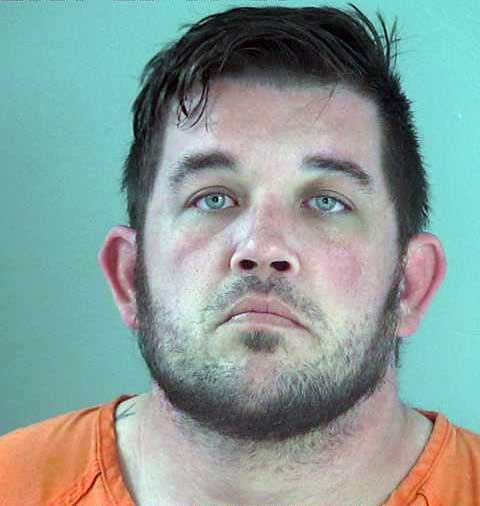 Believing Winckel could help her and her desperate situation – her doctors had given her a timetable of roughly a year to live – Dunbar gave Winckel an initial investment of $4,000 in July 2016, to purchase stock in Niantic, the makers of the popular Pokemon Go app. Winckel provided Dunbar with a receipt, she said, but she would later learn that Niantic wasn’t publicly traded and Winckel couldn’t have purchased the stock.

That knowledge was unbeknownst to Dunbar, however, and, as she went through radiation treatments, Winckel hit her up for more investments of $2,200, $3,000, and $2,500, all in August 2016. At that time, Winckel also showed Dunbar a message from his phone showing her investment had grown to $27,000. He later admitted to detectives that the message he showed was fraudulent.

After grifting Dunbar on the fake stock investment, Winckel allegedly went after her biggest concern of taking care of her autistic son after she was gone by suggesting she purchase an annuity that would eventually pay him $2,000 every month. He told her the initial investment in the annuity would be $100,000.

Being on a fixed-income, Dunbar couldn’t come nearly close to that amount, but Winckel said if he took all the money she had made from the fake Niantic stock and she provided an additional $10,000, he would make up the difference. Feeling overwhelmed and grateful, Dunbar gave Winckel $9,800 for the annuity and then another $2,500 to invest in more Niantic stock in December 2016. During this time, Winckel allegedly promised to bring over paperwork to Dunbar which detailed their business dealings but he never did, according to a police report.

In his last stroke of manipulation, Winckel allegedly convinced Dunbar to begin to file for medical bankruptcy to avoid having to pay her medical bills. She then gave Winckel $1,000 to get the process started, bringing the total amount given to Winckel to $25,500 in roughly half a year.

Dunbar began to have second thoughts about declaring medical bankruptcy if she was indeed making such a profit from her stock investment, so she asked Winckel to stop the process and refund her $1,000. Winckel then allegedly texted her and said he could possibly pawn a gun to get her the money for the attorney fees. Detectives later learned he had already pawned his gun before the conversation with Dunbar took place.

For a man who had allegedly invested roughly $400,000 in stock, having to pawn a gun to get money sent a red flag to Dunbar. She then decided to not purchase the annuity, but Winckel told her withdrawing at that time would cost her a 39 percent surrender fee and 22 percent in taxes and she would end up not getting any of her money back. The numbers given by Winckel are unheard of in the banking industry and sent up another red flag. That’s when Dunbar learned about the Niantic stock being private without any public stock available. 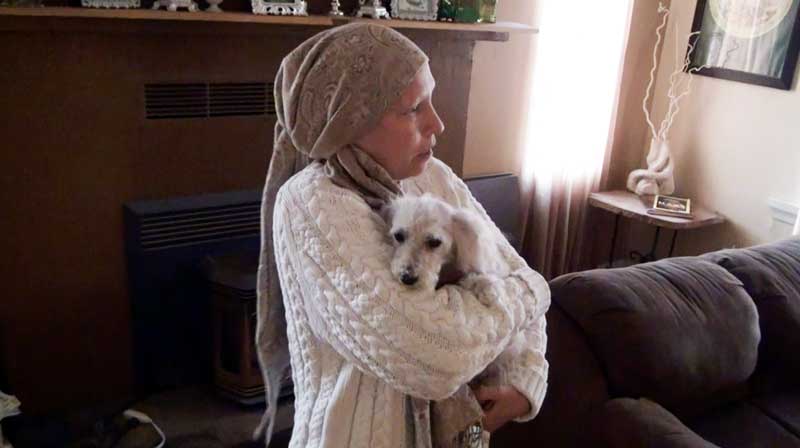 Dunbar repeatedly requested paperwork from Winckel and then asked for her money back, but Winckel refused to talk to her and said he would email her only, even though he lives about a mile from her house.

In February, Dunbar took her case to the Safford Police Department and began the process of getting Winckel charged with a felony for defrauding her.

During the investigation into Winckel, Safford detectives learned Thatcher Police were also looking at him for a fraud case in which Winckel allegedly deposited a payroll check via a photo application and then cashed the same check at Bashas’ grocery store in Thatcher. On April 3, detectives obtained a search warrant for Winckel’s residence at 908 S. 8th Ave. and learned he lived in a small apartment in the backyard. There they located Winckel and took him into custody.

During interrogation, Winckel allegedly said he worked as a newspaper delivery driver for the Eastern Arizona Courier. After initially attempting to con the detectives as he had Dunbar, Winckel allegedly admitted to having a gambling problem and said he had squandered all of Dunbar’s “investment” money on gambling and partying, including purchasing prescription pills to feed his drug addiction. The police investigation into his dealings with Dunbar and other “investors” is ongoing.

Still going through chemotherapy and still worried about how her son will be taken care of should she not survive, Dunbar is making do with the best she can, taking her life one day at a time and hoping justice will be served.

Winckel gets prison for defrauding cancer victim of $25,500