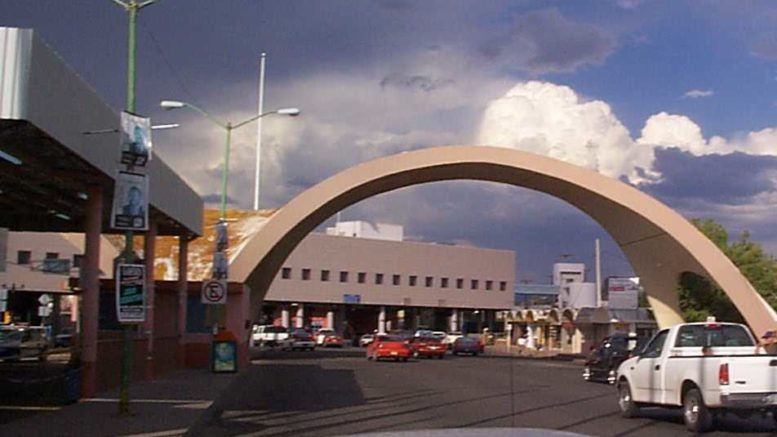 TUCSON, Ariz. – U.S. Customs and Border Protection agriculture specialists discovered an insect amongst a produce shipment and other unusual prohibited items throughout Arizona’s area ports over the last two weeks.

A commercial produce shipment containing Brussel sprouts attempted to make entry into the U.S. at the Port of San Luis.  CBP personnel referred the truck and trailer to the dock where a CBP agriculture specialist examined the boxes of produce and found a quarantine significant Lasioglossum sp. Halictidae.  The shipment was returned to Mexico under CBP supervision.

A passenger from San Carlos, Sonora, Mexico attempted entry at the Port of Nogales’ Mariposa Crossing and was referred for further inspection.  In secondary, a CBP agriculture specialist examined the vehicle and discovered 56 oranges, 21 grapefruits, 16 eggs, and five potatoes.  All listed items are prohibited and were destroyed as per port policy.

A separate passenger attempted entry also at the Mariposa Crossing and declared a live chick.  A CBP agriculture specialist determined the owner did not have the proper import documentation for the bird.  The bird was abandoned and quarantined and later turned over to Veterinary Services for final disposition.

A commercial bus passenger attempted entry into the U.S. at the Mariposa Crossing when a CBP agriculture canine alerted to his backpack.  When CBP agriculture specialists inspected the bag 12 sticks of fresh citrus branches for propagation were found.

At the Raul Hector Castro Port of Entry in Douglas, Arizona a passenger declared several items to include footwear.  Further inspection by CBP agriculture specialists determined one pair was made of elephant hide.  The boots are in violation of the Lacey Act which protects endangered species.  The boots were detained for U.S. Fish and Wildlife Service.

“CBP agriculture specialists are diligently searching for harmful pests and plant diseases that could harm our country,” said Tucson Acting Director of Field Operations, Tracy Filippi. “Interceptions such as these are important in ensuring protection of our agricultural resources in the U.S.”

CBP agriculture specialists work around the clock at hundreds of ports of entry to interdict pests and deter animal diseases from spreading into our country.

CBP recommends that people who wish to import flowers, plant materials, and other agricultural items consult the CBP Info Center website before they travel.